The day before the wedding - Wednesday:  My husband and our boys joined the groom and best man and they all went to the ski slopes!  Good riddance :)  We had plenty to do and didn't need them underfoot. 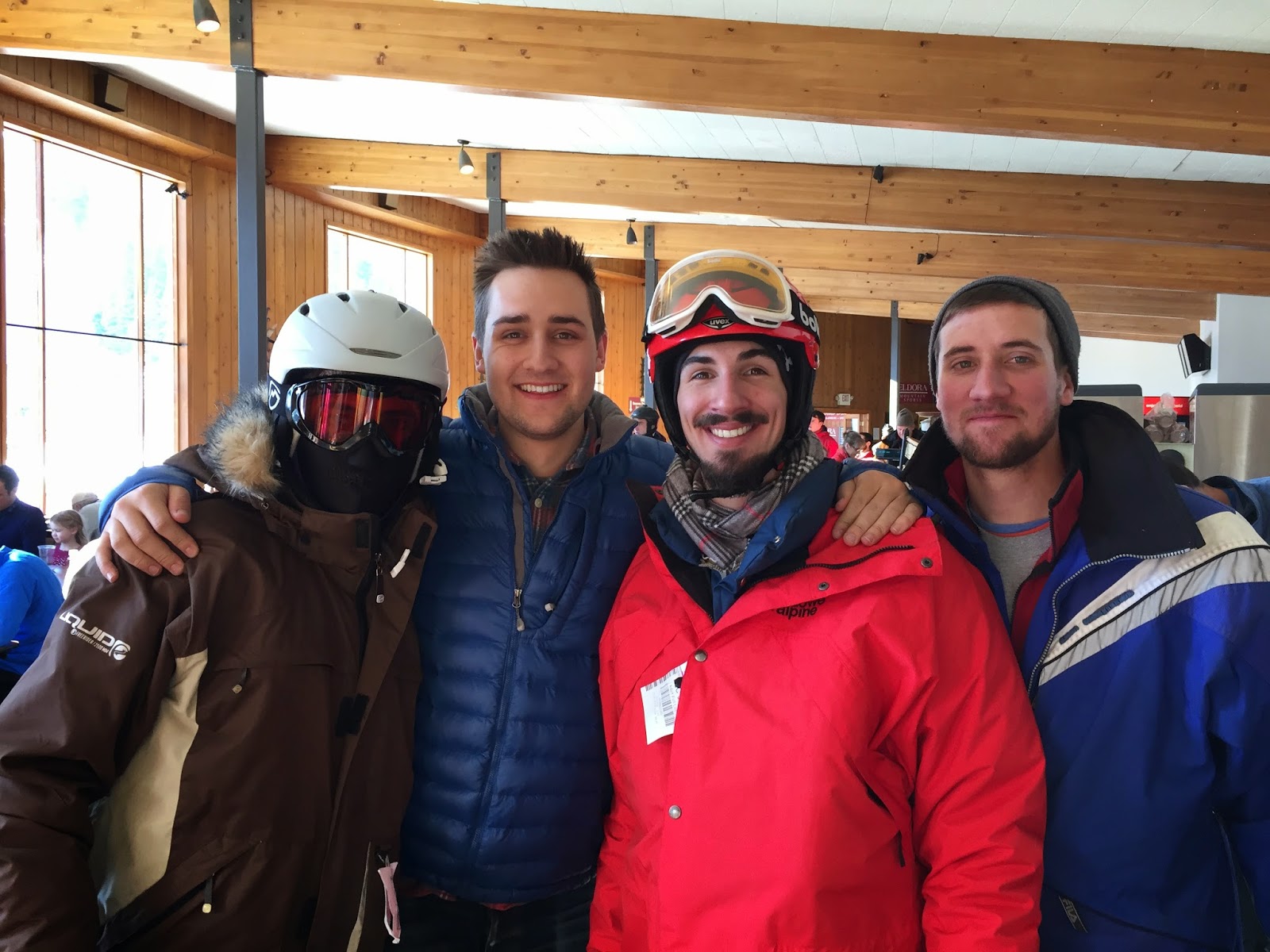 My daughter had an "Open House" that morning at her new apartment, for the grandmothers and any others there to see the couple's new place.  We all went over and she was shocked at the group!  But it was good for all of us to have a visual when we think about her living so far away from us. 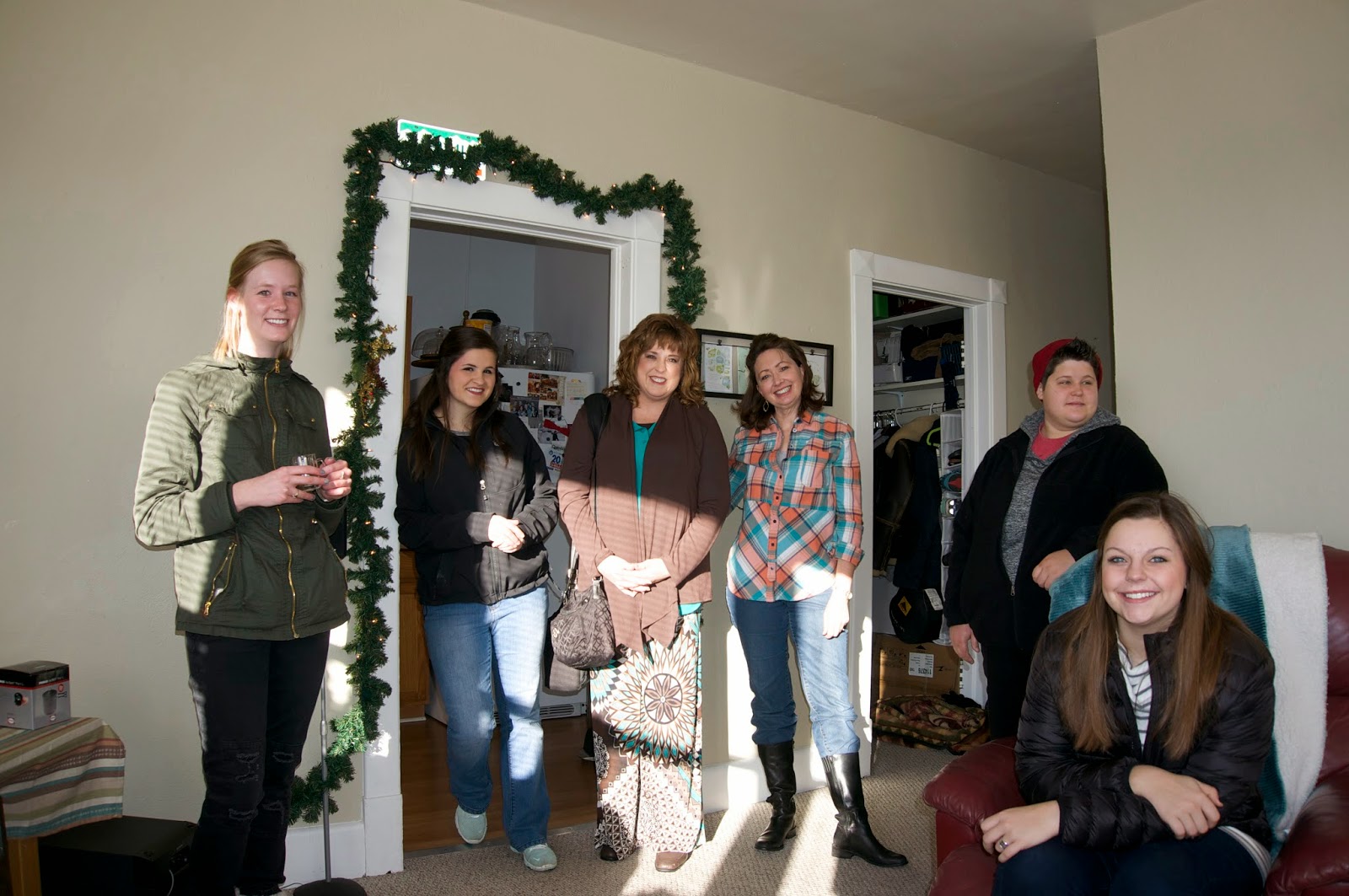 I had planned to make bouquets, boutonnieres, corsages, embellish the donut cones, and wrap pears for thank-you gifts and make greenery swags.  Turns out it was a pretty tall order!  But I had so much help - from my mother, my mother-in-law, a sister-in-law, a niece and my boys' girlfriends.  My sister and her girls helped later.  We got it all done about 10:00 p.m. that night! 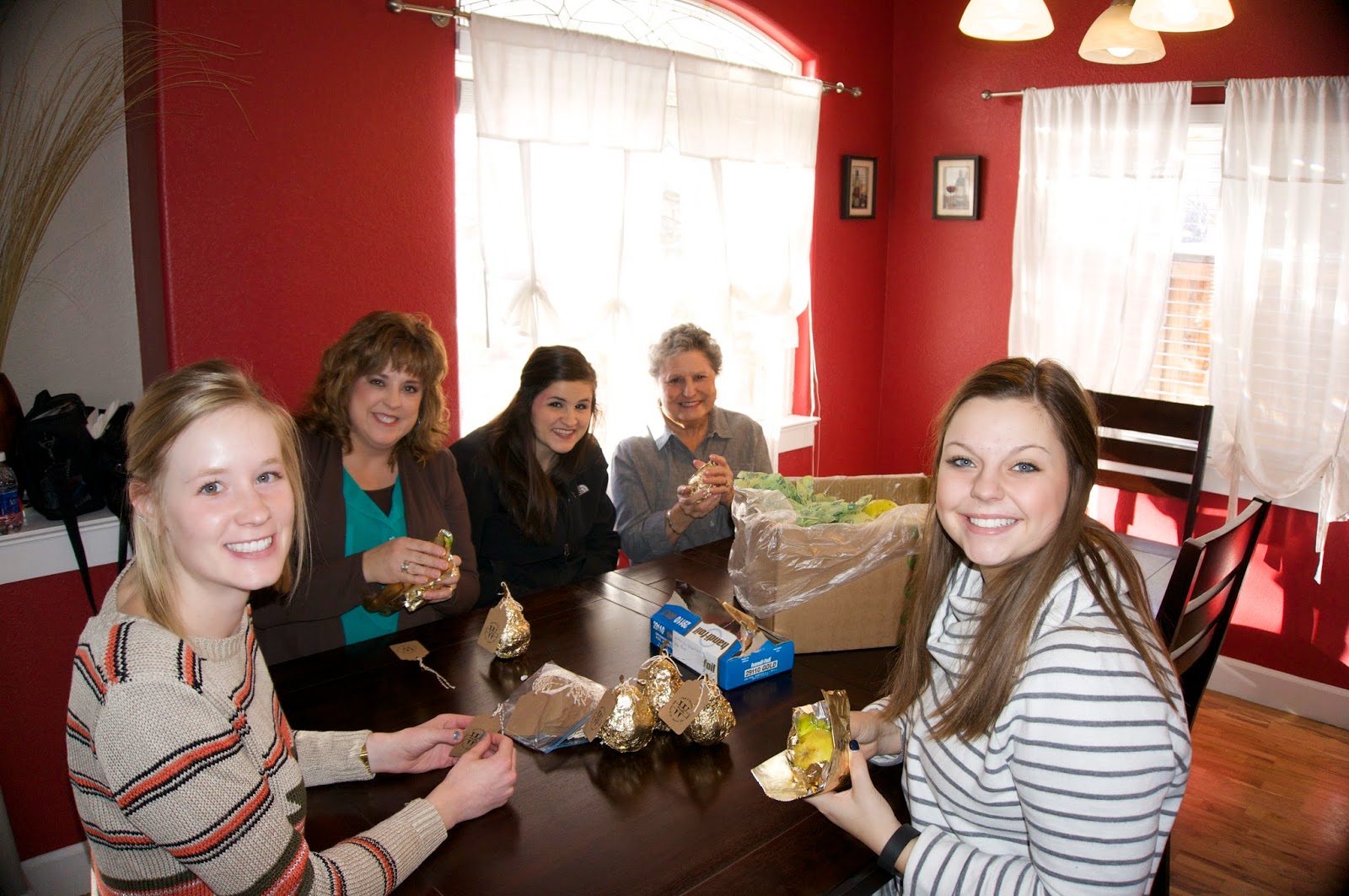 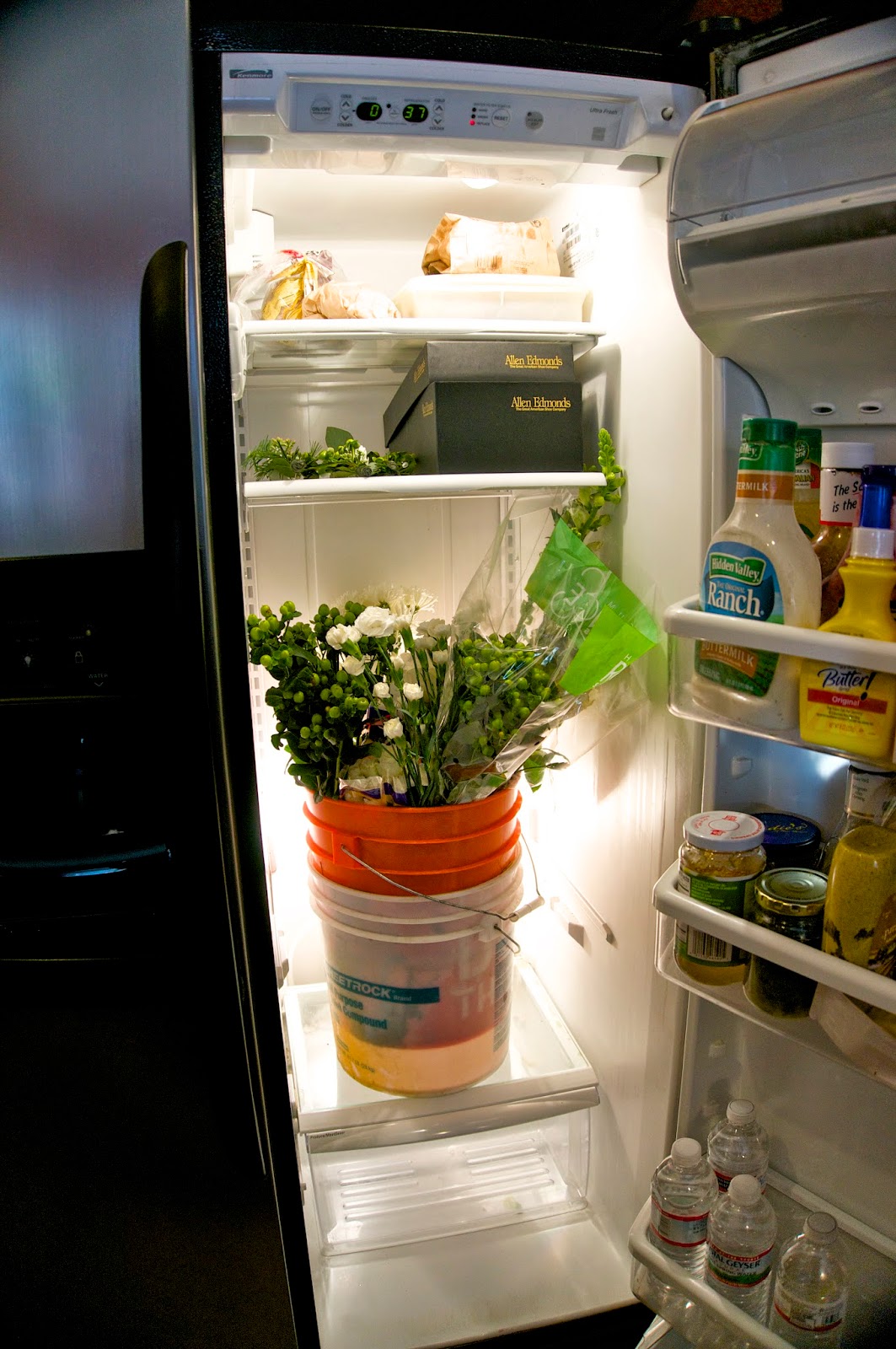 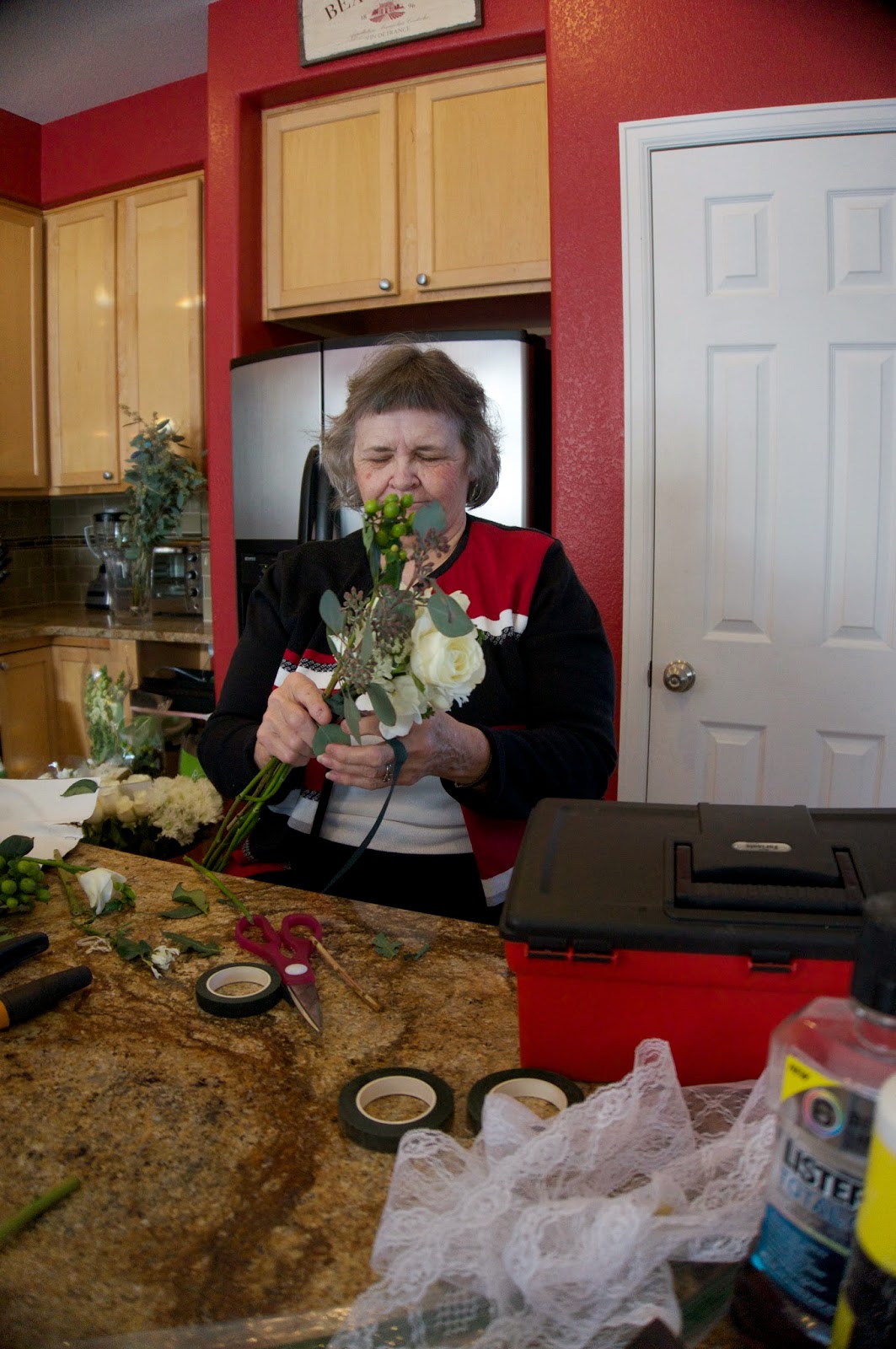 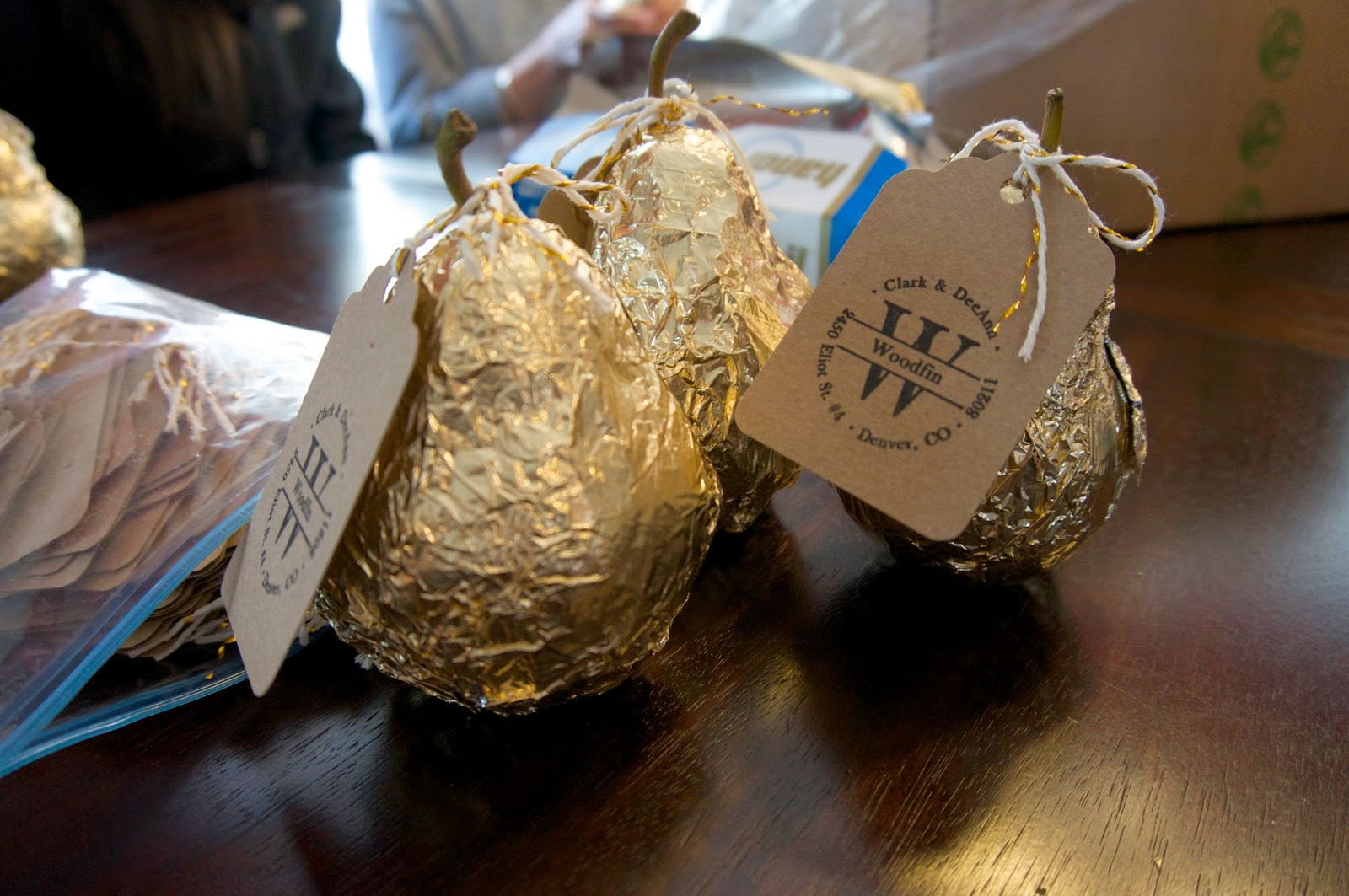 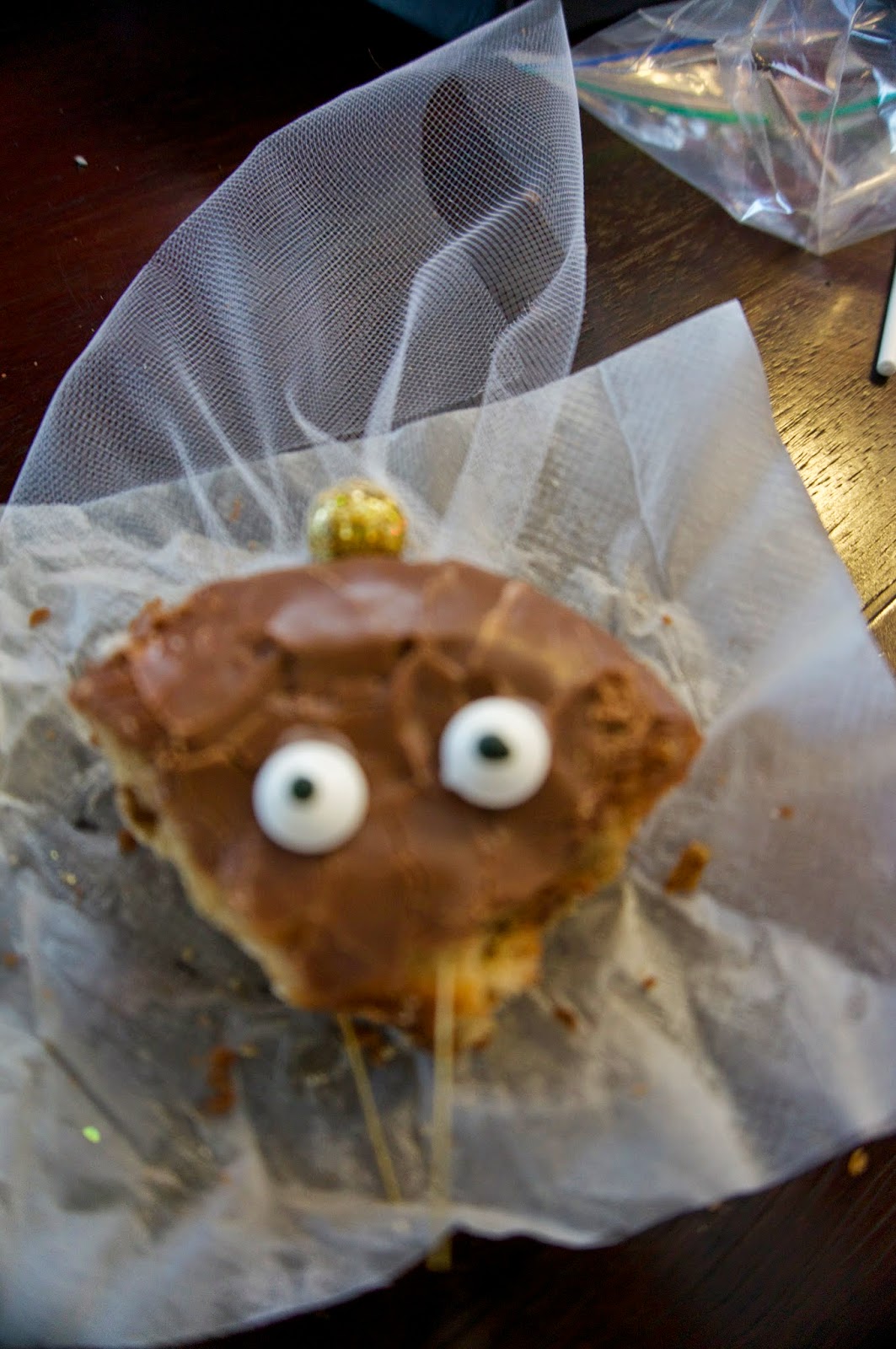 Oh, and we practiced on a remnant of a donut how to embellish it to look like a bride and groom.  :)

We did take a nice lunch break during all this!  After the Open House, my daughter had spent the morning with her bridesmaids getting their nails done, then we met for a Bridesmaids Luncheon at a restaurant called Sassafras.  It was in a cute little house and had great brunch food! 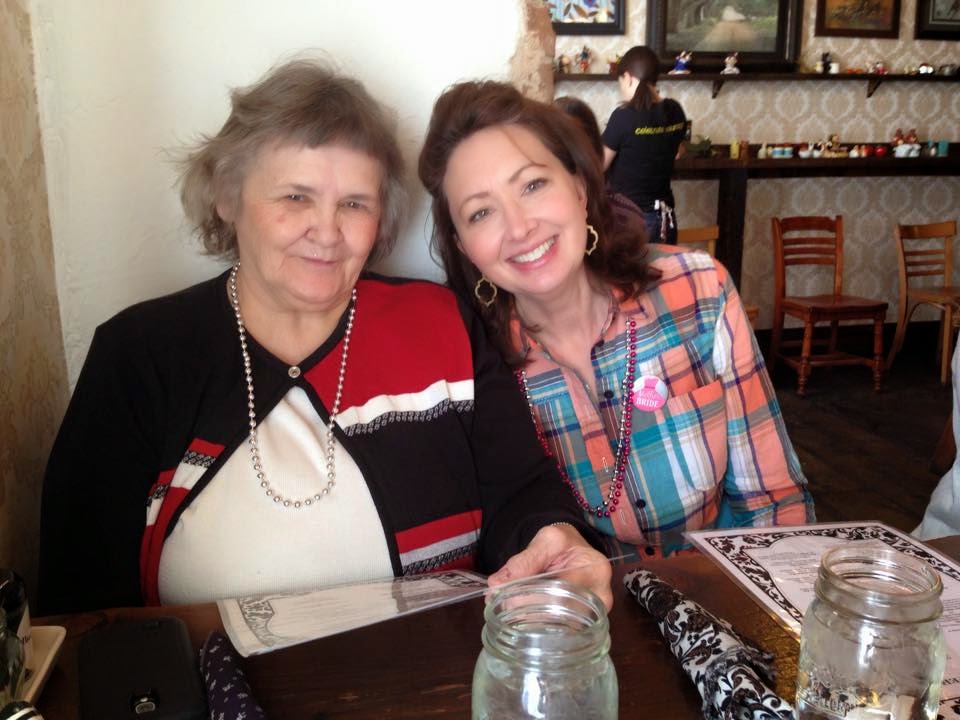 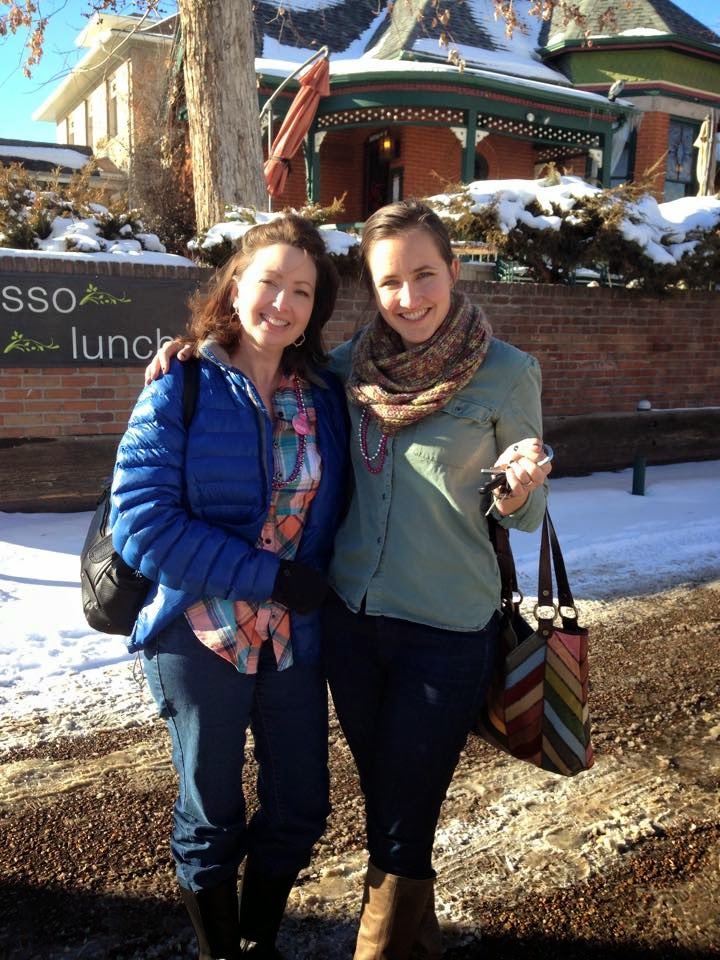 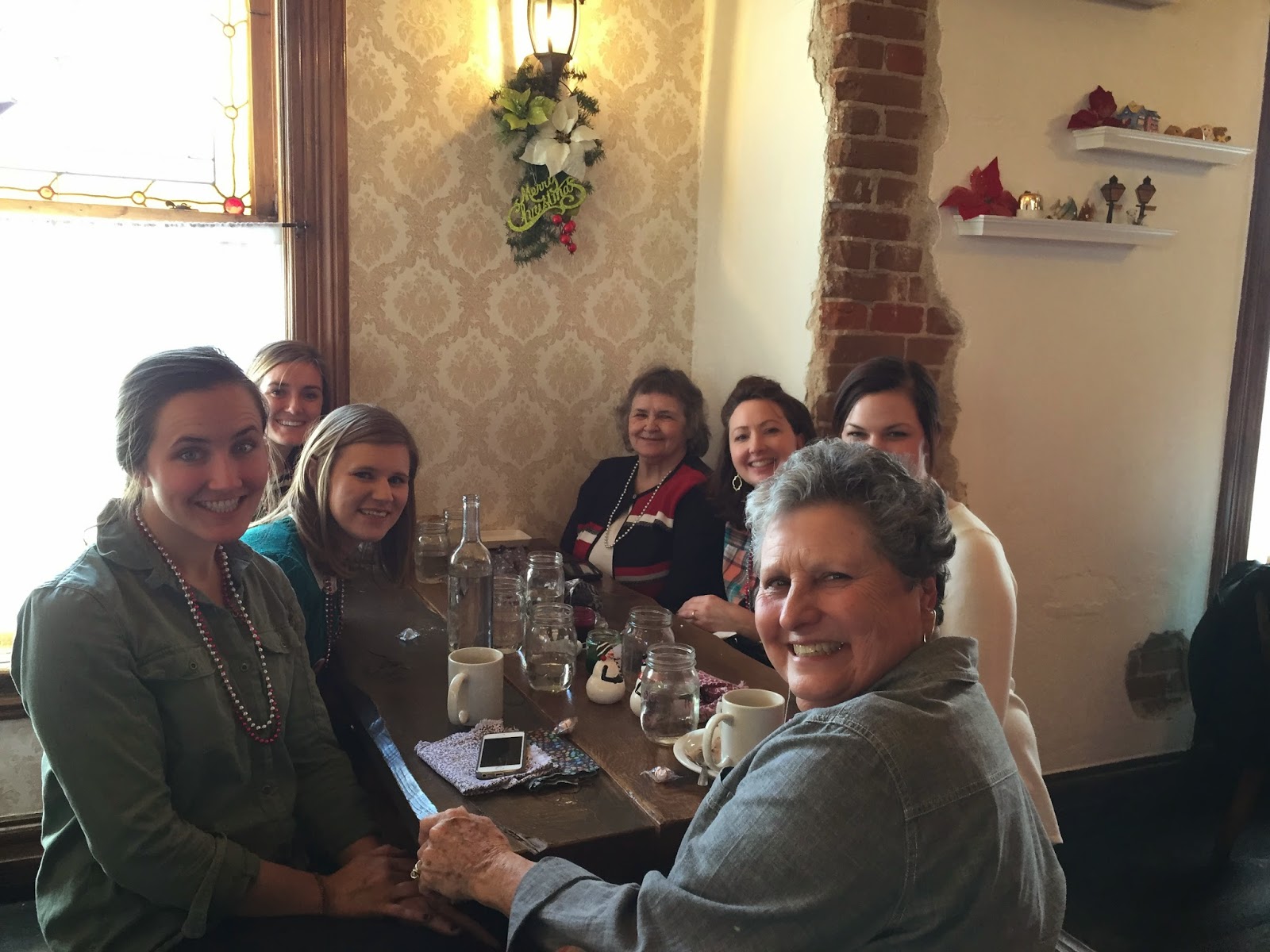 Later on, I got a call from one of the bridesmaids, telling me the slip I had bought was not going to work.  You could still see right thru the dress!  In a panic I told them to call David's Bridal before it closed (remember this is New Year's Eve?) and see if they could go in...thankfully they got there by 5 p.m. and she was able to purchase a full slip that worked with the dress.  My daughter who was determined to never step into a bridal shop for the wedding had to break down and do it just hours before the wedding!  Another minor flub was that a light bulb was broken in the assembly of the marquee letters we had made.  My sweet sister-in-law drove all over town looking for identical light strands, to no avail.  We found a way to disguise the broken bulb with greenery that would be near it.

My mother bought us pizza that night from another local place near our house, as the wedding party, including our boys and their girlfriends all went out to a nice restaurant.

Glad u had such good help!

What fun!! Sweet memories that will last forever. Love hearing about it!!