We just got back from a 13 day visit to several cities in Austria, Hungary and Germany!  It was exhilarating and exhausting.  I mean, you gotta take full advantage of the time while you're there, right?  It was chilly and overcast most days.  We went as representatives of our church to visit our missionaries in Vienna and also to join them at a retreat for Americans in Europe.  We also did some travel on our own!  It was all great and any fears or negative thoughts I've had about Europe the past several years were dispelled.  We found friendly helpful people almost everywhere we went!

Going to share a few favorites and then focus on each place in future posts: 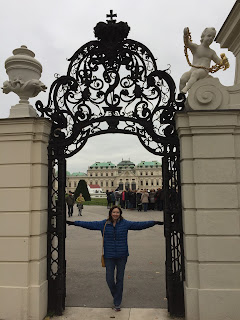 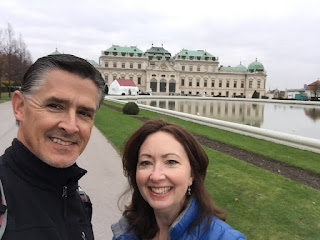 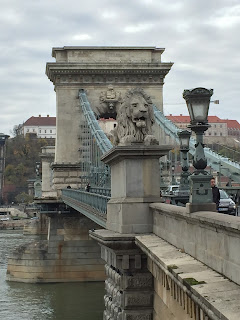 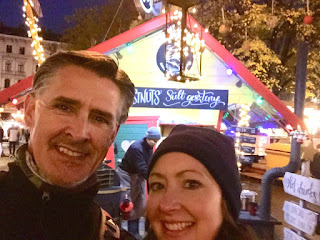 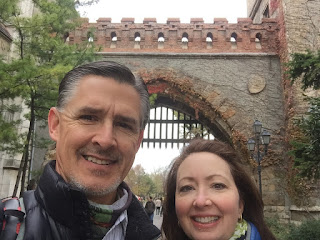 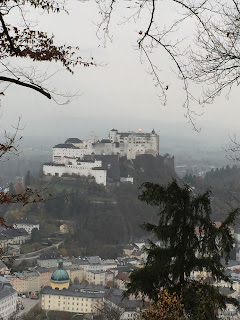 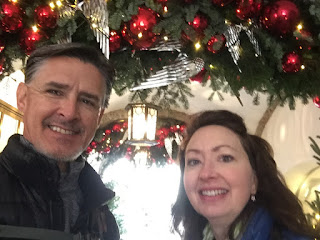 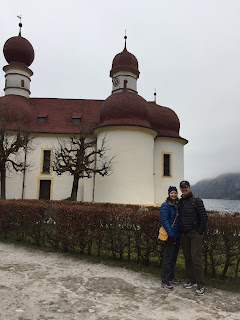 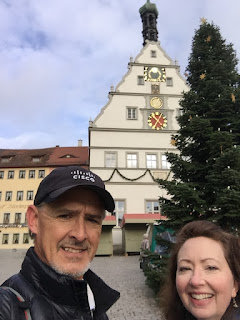 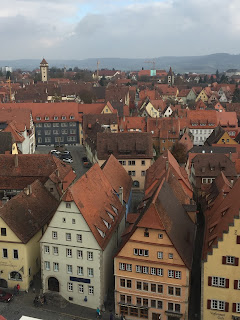 Rothenburg from the Town Hall tower 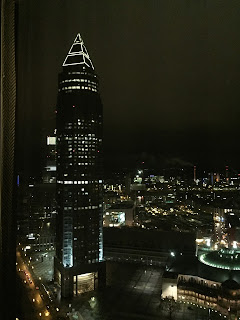 Frankfurt skyline from our hotel

SUPPORT FOR YOUR HEART AND HOME... 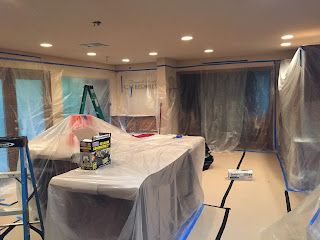 Our kitchen has been under construction since late August (Grrr...)  Actually they started it then wasn't sure which way to repair it so started on the facade repair on the front, then did some repairs on our back patio overhang and now are finally back around to the kitchen.  We had noticed over the years that our ceiling was cracking in the middle and after some consultation and measurements, it was discovered that the ceiling in the middle was 1.5" lower than the outsides of the room.  We definitely had a support problem!  You could even tell with the floor in the bedroom above the kitchen.

Sometimes our lives are the same way.  We may look all right on the outside, but slowly, without proper support, things unravel and without some repair, things could come crashing down all around us.  How do we ensure that we stay strong and keep it together?  I'm no counselor, but I feel like I've learned a lot through my life experiences (aka my age!).

MAINTENANCE - check yourself occasionally.  Take a walk, a mental health break, meditate.  Think about what Matthew 7:5 says, "You hypocrite, first take the plank out of your own eye, and then you will see clearly to remove the speck from your brother’s eye." It's a humbling experience.  I think daily rituals for this are the key.  Pray, read scripture, just find the time that works best for you meet with the Father and examine yourself.

RESTORE - call in a professional if you need to - sometimes we need help! I appreciate the passage in Acts 9 that recalls Saul's conversion.  He was blind for three days afterward and did not eat or drink.  Then Ananias was sent to him.  What do you those three days were like for Saul?  His soul needed repair, and God blessed him through Ananias.  Sometimes it's hard to reach out for help but restoring mental/spiritual health will take your stress away.  God provides peace during rebuilding.

All of this re-construction going on in our 39 year old house just reminds me that nothing here on this earth was meant to last.  It's all temporary!  I'm so looking forward to that heavenly home God is preparing for his children!

Dallas is just in our "backyard" and is really nothing special to most Oklahomans.  I went recently to get Global Entry at the airport and The Hubs had a golf date.  So I had a day free after my airport appointment and went to a museum in downtown Dallas I had never been to before, The Sixth Floor Museum. 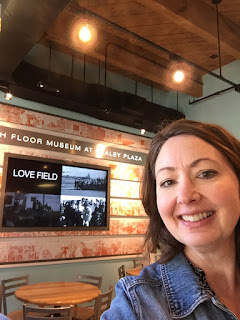 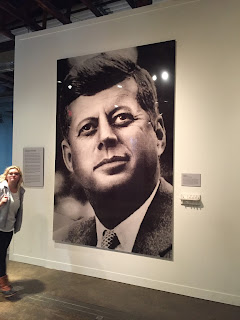 The Sixth Floor Museum at the Texas Book Depository is the scene of the assassination of JKF about 54 years ago.   The museum is not only about the assassination and the aftermath, but about half of it is about the 1960s culture and politics.  It reminded me of some of the presidential libraries I've visited.  I really enjoyed learning more about all of that since I was born in 1964, about 6 months after the assassination.  There's never really been a presidency like the Kennedy one since then, a wildly popular, young family that many Americans idolized.  The museum was good and you get a headset to guide you through the displays.


There's a few other things downtown that are worth a second look: 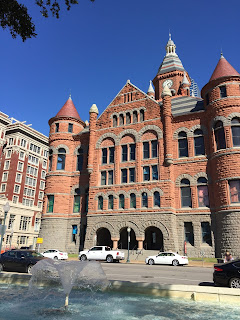 Just across the street is a beautiful red courthouse, over 100 years old, that is now a museum.  On our way to dinner (we walked) we also passed the John Bryan cabin, a monument to JFK, and also a strange giant eyeball!!! 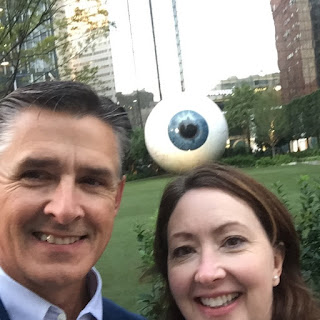 The story on the eyeball is that the owner of the lot wanted to build a parking garage but downtown wouldn't let him, they said it "would be an eyesore."  He asked if he could put a sculpture on the grounds and they agreed.  So, now there's an EYEBALL, instead of the EYESORE.  :) 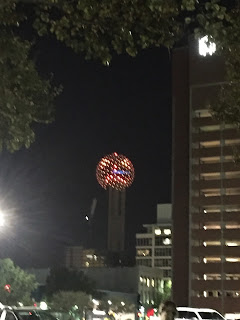 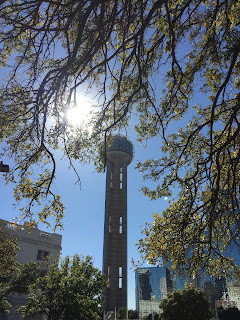 Reunion Tower is a tower you can go up in to get a great view of the city.  We went up in it years ago so we didn't this time.  But, this time it was all lit up at night like a Jack-o-lantern.

Just kind of goes to show you that you shouldn't overlook places you think you know...
Posted by Wa Wa Waughs at 7:47 PM No comments: