Maybe I've found the antidote for when you are feeling old...try something new!  Just  take the opportunity, take a risk(within reason), and look at it as an adventure!  Just goes to show you not every old saying is true:  YOU CAN TEACH AN OLD DOG NEW TRICKS. 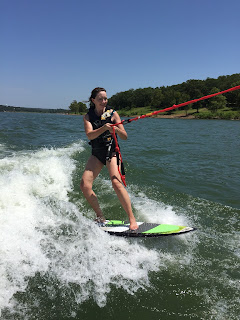 My first time surfing behind a boat this summer! 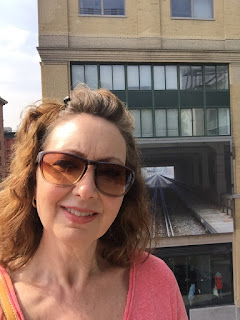 Walking around, alone, in NYC 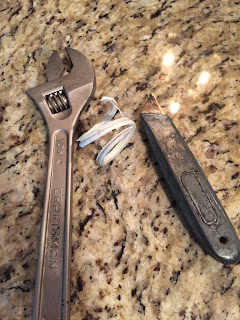 I fixed the pool cleaner when The Hubs was out of town!

FEELING ALIVE AND A LITTLE RISKY!  :) Now if I could be like my friend Rhonda and take some risks and make some new friendships for Jesus!

I've started a funny habit...checking out books that sound interesting to me, then if I don't get hooked pretty quick, I just move on to something else.  So I get several at a time and end up maybe finishing only one of them.  These are the ones I've read this summer that were the best! 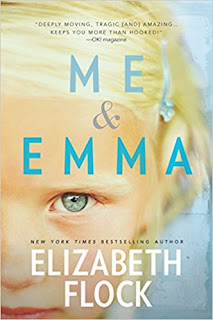 Me & Emma by Elizabeth Flock  This is a fictional story of two sisters in a rural town and how they comfort each other with an abusive father. A little hard to read at times, but gave me more empathy for people in this kind of situation.  Crazy twist at the end! 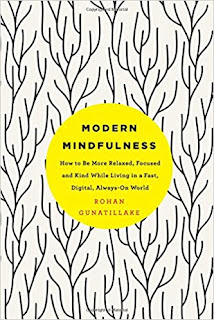 Modern Mindfulness by Rohan Gunatillake  This one gives you exercises to think about as we manage all the information coming into our lives on a constant basis.  I'm constantly looking for ways to simplify! 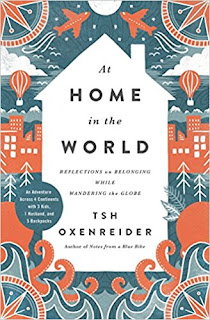 At Home in the World by Tsh Oxenreider  An account of a family of five as they take a trip around the world.  Her thoughts as she struggles between the love of adventure and new experiences but longs for home. Loved her insights but I no longer think I would like to do a trip this long.  :) 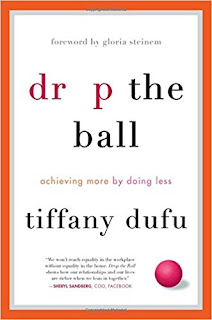 Drop the Ball by Tiffany Dufu   Basically what this book said to me was to let others do things - so what if they don't do it just like you? Drop the perfectionist tendencies.  Good for leaders and Moms. 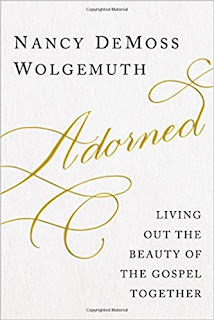 Adorned by Nancy DeMoss Wolgemuth  This book is  a guide based on the teaching in Titus 2 about the older women teaching the younger.  It examines the character traits from the passage and gives questions at the end of each chapter for older women and younger women to help them examine their lives. 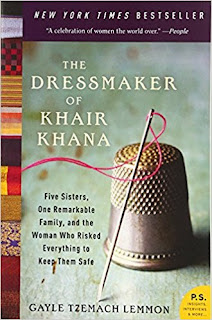 The Dressmaker of Khair Khana by Gayle Tzemach Lemmon  The true story of a young woman in Afghanistan and how she provided for her family during a difficult time under the oppression of the Taliban.  I gained a lot of understanding about their culture and how this war has affected their families. 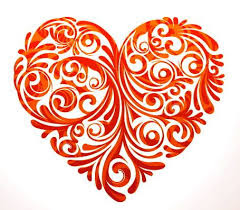 Sometimes we feel we are just going through the motions. Our heart is not in our work. I am constantly striving to make my life a fluid movement with God as the Master Teacher.  Still, sometimes I stumble and fall out of line…

I was able to join my husband on a business trip to New York City recently, where we attended a musical production.  It was fabulous to say the least!  Gifted, well-rehearsed performers in a beautiful theatre with gorgeous costumes, music and lights put on a wonderful show.  It was a thing of beauty.  I’ve watched a lot of high school productions, too, as my children performed through the years.  I loved them all – how can you not when it’s your child and their friends?  Some of the kids were gifted performers and excellent with the choreography, some were not.  Some reminded me of snappy cheerleaders; some like a herd of elephants!  But with time they became more confident and the movements become more natural and beautiful.  They gained stage presence and became something truly enjoyable to watch.  Their heart was in their performance and it showed in their smile.

How about your life – your routine? Does your heart match your movement?  No matter what comes, we can be confident as we live life, because as believers we have the actual Spirit of God helping us. Galatians 5:25 reminds us “if we live by the spirit to keep in step with the Spirit.” We keep in step by paying attention to the Word, listening to the Master Teacher, and practicing! Rely on Him to make your routine into a thing of beauty.

Sometimes I wish I was a dancer; with beautiful movements to match the music.  But even more, I hope my heart for God shows in the rhythm of life as it comes.

A business trip came up for The Hubs in New York City recently, and I had the opportunity to go, even though I would be on my own most of the time.  I jumped at the chance, since it had been 9 years since I'd been there.  I have to say I had a little apprehension, but all went well and this is one time I have to admit I love technology!  I used TripAdvisor, Mapquest, Uber and Google Maps a lot! 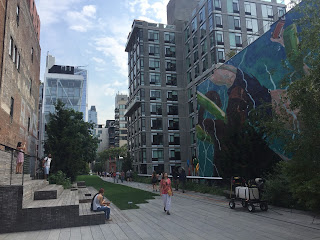 I did a lot of things, but my favorite thing was the Original Greenwich Village Food Tour.  Not only did we stop in a lot of shops/restaurants to taste different foods, but we also learned a lot of history about the neighborhood.  Our guide was funny and knowledgeable and the three hours flew by!  He also had our names memorized before the tour began and was really good at engaging the group and encouraging friendships among us.  I only wish I had done this tour the first day so I could have gone back and eaten lunch or dinner at some of the places! 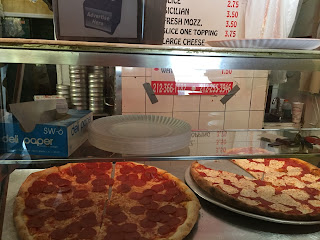 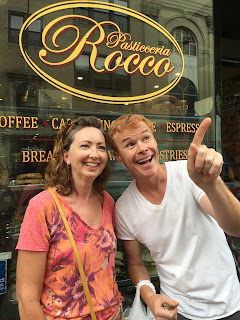 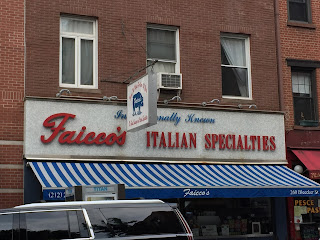 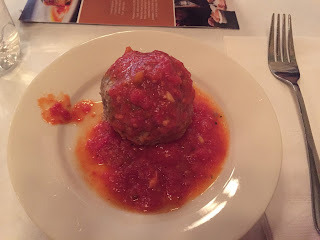 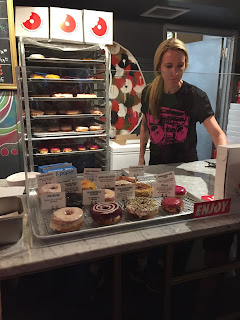 Another thing that was special was meeting a friend's daughter for lunch!  She has lived up there for 3 years, part of that time earning her Master's degree.  We had a good visit and she recommended a free exhibit at the Fashion Museum that I went to after lunch. 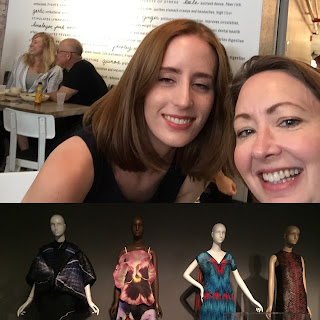 There's an area called Chelsea Market that is a great old Nabisco factory turned into a little mall of specialty shops, food booths, and restaurants.  I walked through once with The Hubs and decided a return trip was needed.  One morning I went and I was buying something and started visiting with what turned out to be the owner.  She was so sweet and said, "I have a gift for you!" She proceeded to give me furniture oil and butcher block oil from the same maker of the notecards I bought.  She said it wouldn't sell because their customers were all young people with IKEA furniture - Ha!  Anyway, I accepted the gift and managed to get home with it by checking it in my luggage.  Who says New Yorkers are unfriendly?  Wasn't my experience!

I also visited the Guggenheim, took the wrong subway to get there, so had to call Uber to rescue me!  That was a wasted 30 minutes and $33!  The Tenement Museum was a great hands-on history lesson but I think I would have enjoyed it more had I gone in the morning.  I was pretty worn out by the time I got there (had to go at 3 p.m. due to early tickets being sold out).  Live and learn! 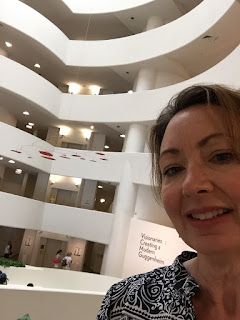 With our love of outdoors, we managed to do several things together that were fun and great exercise too - walk across the Brooklyn Bridge, walk the High Line, and bike along the Hudson River to Battery Park.  The bridge walk was really crowded but the other things were great! 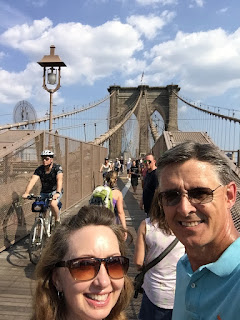 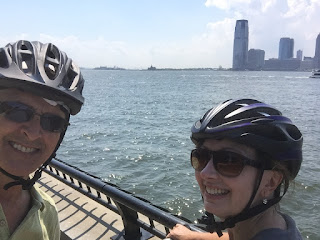 Being solo was a little out of my comfort zone for exploring NYC, but I do feel like I have a new confidence in myself.  It's always good to stretch yourself!  What better place to do it?
Posted by Wa Wa Waughs at 7:02 PM No comments: