Sunday I had the opportunity to go to one last shower for our almost married son!  Their church showered them with prayer!  There were a few gifts too.  It was a nice casual time of visiting, snacking, and then a time of prayer from anyone who wanted to offer a word for them.  So sweet and good to know their friends are also striving for godly marriages.  I didn't take too many pictures (I'm probably the farthest thing from cool for even wanting them!) but it was nice afternoon! 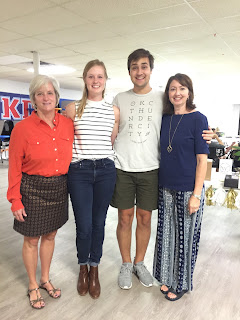 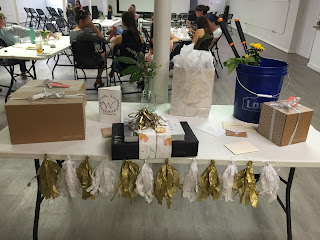 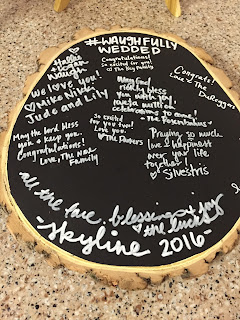 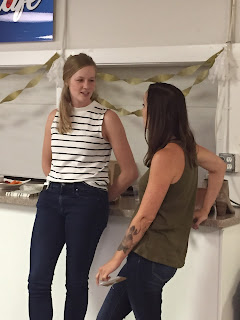 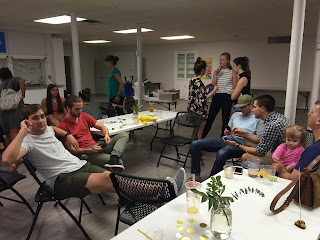 FUNERALS GIVE WORDS FOR LIFE...

This week I went to two funerals.  They were both parents of friends of mine.  What struck me was that even though the ones that passed were very different, one a woman and the other a man, one a small event, the other quite large, two different speakers, the message was the same.

These three words were from the son, speaking about his mother.  He said he had recently said these same words to woman's basketball team at the university he works for.  He realized his morals were gleaned from his mother's life, and expounded on how they became her legacy to her family.  She was a simple woman who lived through the Depression, never asked for much for herself, worked hard, and expected the best from her children. She LOVED her family, many, many schoolchildren, and her church.  She SERVED as a good mother and school worker, and GREW in her faith and expected it of her family.

The other funeral was that of a successful pharmaceuticals manager who later in life, found a calling to helping the poor and needy of Guatemala.  He and his wife had four wonderful daughters who all now have given them eight grandchildren.  Over and over again the words of LOVE he had for them echoed in the words given by the minister and family members.  The word SERVICE came up over and over again also, to his family and the people of Guatemala.  It was also mentioned how he GREW in his faith over the years; how intimidating he was as a younger man, and had mellowed in his later years.

As I reflected on both of these beautiful lives and the awesome families that resulted from them, I thought how both funerals shared essentially the same three words of lives well-lived:  LOVE, SERVE, GROW.

It's a message worth repeating time and time again!  One that causes me to reflect on my own life.  It reminds me of the simple passage in Luke 2, taught to me as a child in Bible classes:  "And Jesus grew in wisdom, stature, and favor with God and Man."  A simple way of saying that Jesus loved, served and grew all his life!

One of the projects that I've been working on for quite some time is a women's retreat for the women of our church.  Along with a committee of hard working ladies, we've been praying and planning for over a year since our church has not had an event like this for more than ten years!  Needless to say, we want it to be AWESOME! 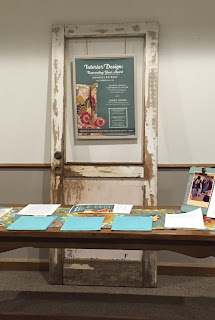 One of the things I've been helping with is decorations and I was so thrilled to get to use this old door as a "frame" for our advertisement!  The door came from a house that The Hubs and I flipped earlier this year.  The bottom of the door was a lot more weathered, and I tried to recreate that on the top part.  It was difficult, but I think the effect is fine.

It fits our theme"Interior Design:  Renovating the Heart," so well!  Some may see the door as an interior design piece as-is and some may see it as something needing renovation.  Anyway, it came along at just the right time for me to use it!
Posted by Wa Wa Waughs at 6:50 PM 2 comments:

THE MORE BIRTHDAYS I HAVE, THE WEIRDER MY REQUESTS...

Yes, for my birthday in June, I held fast to my pledge to not add any stuff to my house this year - only buying food and experiences!  So I told my husband what I wanted was the grime removed.  We just had our grout cleaned and resealed.  First time in 16 years that someone besides myself cleaned the floor!  I don't know if you can tell from the pictures, but it is so nice - like brand new!  It wasn't cheap but totally worth it! 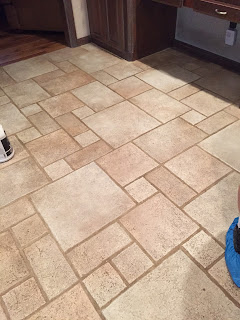 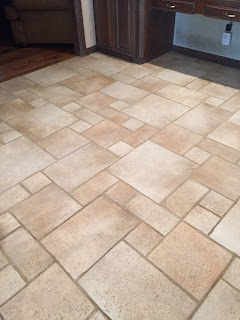 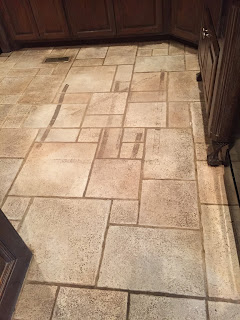 Before - with tape marks from rug tape 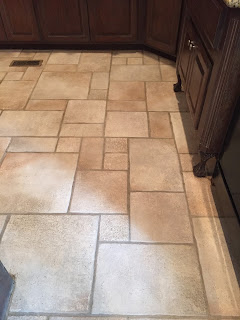 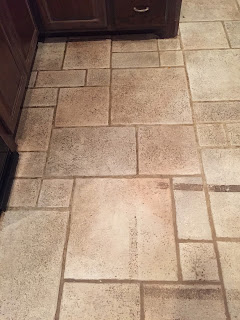 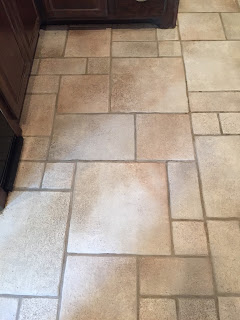 Pretty happy with the result!  I may never scrub floors again!  :)