Wedding showers are one of the most fun things ever, that is, if you're the recipient!  My son and his bride-to-be got to experience that Sunday afternoon.  Loved ones and friends like family celebrated their upcoming marriage and showered them with gifts! 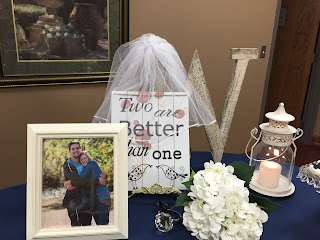 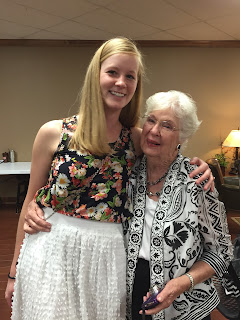 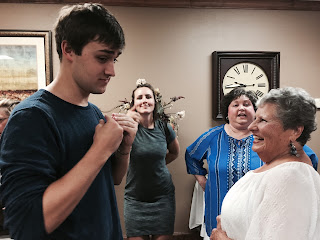 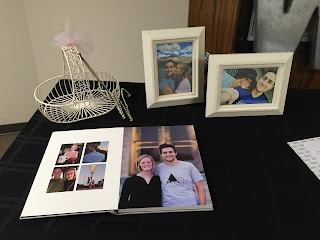 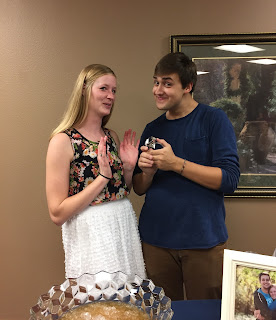 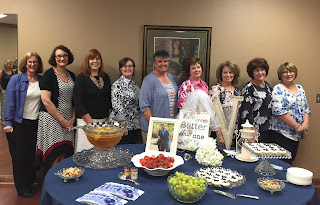 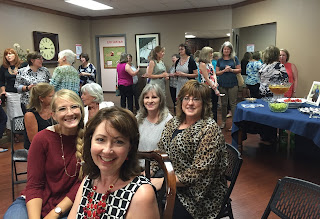 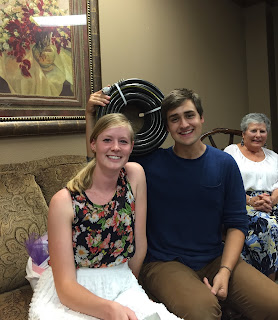 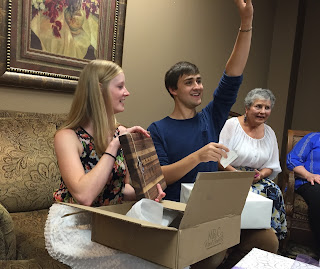 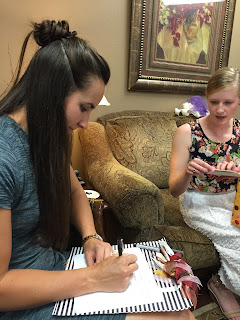 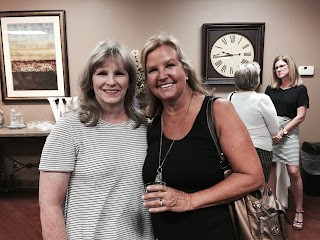 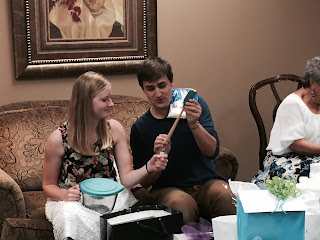 It was wonderful and also a humbling experience when you think about the work the hostesses put in on it to make it special! 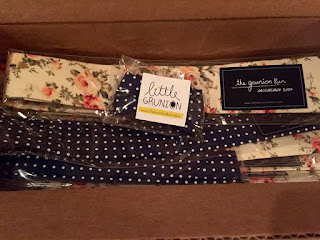 Packages are arriving daily, decisions have to be made, my hair is getting color and my teeth are getting whitened...the song of the wedding that's 38 days away! Rehearsal dinner menu decisions, invitations to be sent, table decorations to decide, and my grass I'm trying to keep green!  And I'm just the MOG.  I think I need a honeymoon after this is all over, too!  :)
Posted by Wa Wa Waughs at 6:27 AM 1 comment: 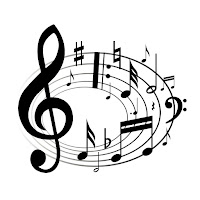 One of my favorite things in the summer is a Wednesday night class full of praise and worship music.  It's called WOW,  Wonder of Worship.  Our song leader teaches a new song every time.  It's a great pick-me-up and if you were a kid that enjoyed summer camp, that's the kind of "camp-high" feeling it gives me.

Last night the song leader shared a story of a family who is truly showing their FAITH IN ACTION right now.  A picture of a beautiful girl flashed on the screen.  Three weeks ago their oldest teenage daughter was in a car accident and is still comatose. They are disappointed.  They are angry.  But they said they will praise the Lord if she gets better, and if she does not.  They told our song leader when asked, "Yes, tell her story.  We need all the prayers we can get.  But make it about HIM."

It touched my heart as I reminisced over my own husband's tree accident 10 years ago, and the feelings I had during that time.

I looked at the row in front of me and saw a man sitting there without his wife, because his wife suffers from MS and cannot always come to church.  Just behind me was a friend who lost her husband at a young age to cancer, struggled with her three kids, and has since remarried.  Across the aisle from us was a couple who has recently lost their son to suicide.  All of these people are in church, singing their hearts out to praise the Father.  So many stories of faith.

Look around you.  Who do you see putting their FAITH IN ACTION?

It's quite amazing and inspiring.  But even more so, is our God!

My SIL shared a delicious recipe with me the other day, and my family declared it a winner!  Try it if you are tired of the same old vegetables at your dinner table.

In a large skillet saute onion and garlic  (as much as you like) in 2 tablespoons butter and a little olive oil.   Wash and snip ends off green beans, then toss into skillet and continue sauteing with onions and garlic, until they turn a bright green.  Add chicken broth and bell pepper, turn down to medium-low, cover and cook approximately 30 minutes or until done.

I think this would also work with canned green beans, if you want to drain the juice off.

PARENTAL FEELINGS: FROM EMBARRASSED TO PROUD TO BITTERSWEET... 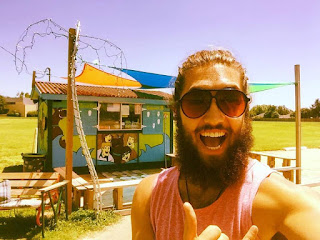 When this boy of mine was a senior in high school, he surprised us by telling us he wanted to spend all his hard earned money on a snow cone shack.  I was pretty hesitant, not knowing anything about this kind of business, but he didn't listen to me (good thing in this case), and went for it.  Obviously I'm not a risk taker!

The last three summers he's learned to brew syrup, keep up inventory, talk to his landlord, and make customers into friends.  He's also transformed the shack with a new deck, new paint job, shade sails, new yard games, wrapped the Mystery Machine, and even added a mobile trailer to the business!

I went from an embarrassed mother (to have the Mystery Machine parked at my house) to an amazed one at his business ability.  He loved his customers, knew what they would order before they asked, and chatted it up with all kinds of people.  He built things I had no idea he could do!  He learned so much!

So as he sells his business to move on to other things, I have to say it's bittersweet.  Even though his supplies took up a lot of room in our house and garage, sometimes he made messes in the kitchen and the vehicles were in the driveway, it was truly a great experience for him and us.

So the lesson for the parents here:


LET YOUR KIDS TRY THINGS.  EVEN THINGS YOU'RE UNSURE OF.


You'll probably learn something yourself.