FROM TRIKES TO BIKES... 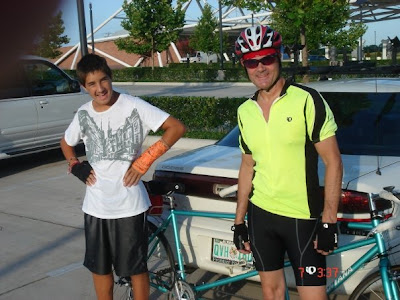 and bicycle racing! My son just finished his first race - the HOTTER THAN YOU KNOW WHAT 100! Don't know why they named it that...there is no way I'm allowing him to wear that T-shirt to school!

Here's a pic of him training on a tandem with a friend of ours. You never know what you're going to get when you ask a 14 year old to join you on a bike ride. The first time out to train for the race, he quickly ate the breakfast of champions, you know, CHOCOLATE POP TARTS - and you can guess what happened. Not too far into it the whole group was stopped with him on the side of the road as he lost it all. Thankfully, Dad was in the group to comfort him.... 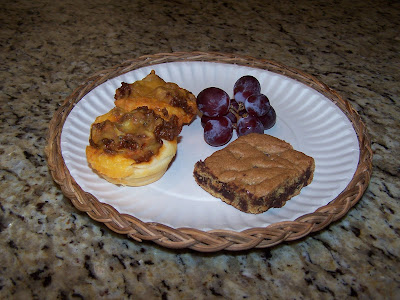 Senior lunch time, that is! When my daughter was a senior a couple of years ago, we opened our home twice a month to provide lunch for her and her friends. 12th grade is the only year they are allowed off campus to eat lunch, so it's a pretty big deal! But of course, after a couple of weeks many of them find their wallets running low on funds to do this! Anyway, I took a cue from some ladies at church who had done this before for their kids. They even printed a little cookbook of all the recipes to give to the kids as a graduation gift! I really enjoy cooking, so this was a no-brainer for me. My son brought about 10 kids with him, and this first lunch was his choice: Meat and Cheese Cups. He's loved them ever since he was a little guy!
Posted by Wa Wa Waughs at 12:32 PM 8 comments:

POSED PICS OF TEENS END UP LIKE THIS, MOSTLY.... 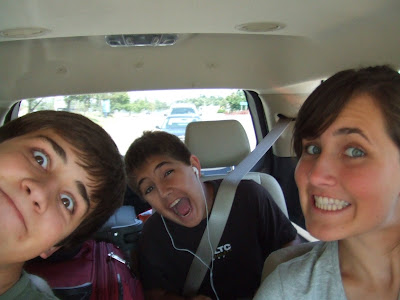 so go to Lesley's website and enter her giveaway for a free photo shoot! Senior picture time for us!
Posted by Wa Wa Waughs at 8:36 AM 1 comment: 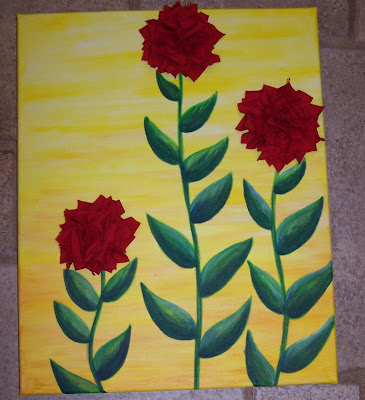 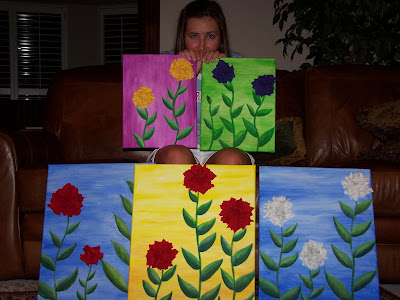 We Moms never grow tired of promoting our kids, huh?

It seems my daughter has a green thumb! Quite literally! She played with a couple of paintings all summer, then created these paintings with the 3D effect on the flower petals - they pop out of the painting! The petals are actually made of material. ADORA will have these for sale, go check 'em out! Also, if you would like a custom one done with YOUR COLORS or YOUR FABRIC, let me know!
Posted by Wa Wa Waughs at 8:15 AM 5 comments: 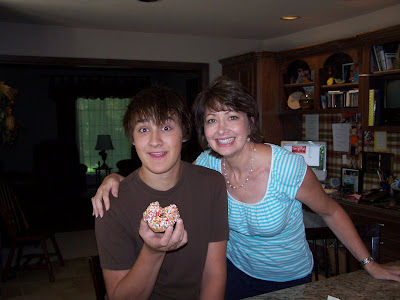 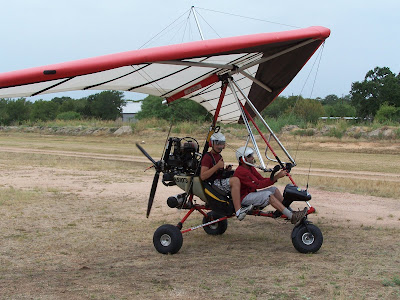 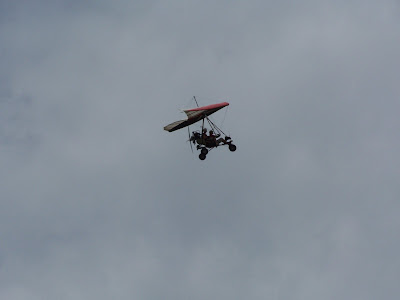 Well, this post is about a month overdue, but I thought I'd just wait until we were having kind of a slow week, and I could pull this one outa the file!

I'm pretty big on traditions. They're a great way to make family relationships stronger. You may not have even realized some of your traditions until your kids ask, " Why are we doing ______________? We always do it this way!!!" I even consciously quit a tradition once, when we moved to another house. I did not want my husband to risk his life any more putting Christmas lights on top of the house. Especially since we were moving to a 2-story house!!! The kids had to settle for a new way of decorating the house for Christmas.

Anyway, I thought we were all done with new traditions until my daughter approached her 18th birthday. I remembered 15 years earlier when my husband and I went on a trip to Palm Desert, California. He was planning on playing golf, and since I was about 6 months pregnant, I planned on going to the spa. There was a mother and daughter there together, celebrating the daughter's 18th birthday (that spa did not allow children under 18). I thought that was such a neat idea and decided I would do something similar for my daughter when she turned 18. Anyway, for her 18th birthday, we ended up in Arkansas because she was making a college visit. We had a fun time shopping, eating good food, and going to a spa!

So what spa would I take my son to? Well, I didn't exactly go on that trip - he chose the total opposite of relaxation - POWER HANG GLIDING! He and my husband took off on a trip to Texas and had their own fun doing this!

Not every tradition has to involve a lot of money. Obviously, this wasn't exactly free, but as the commercial says:

WAYS TO GET TEENS EXCITED ABOUT VACATION.... 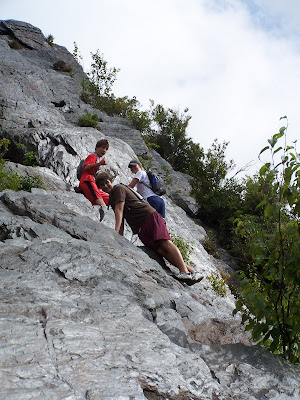 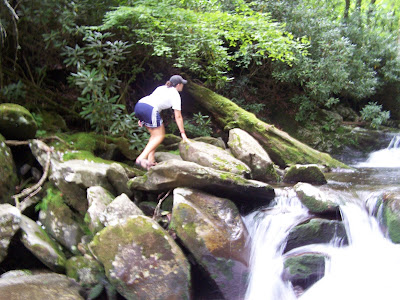 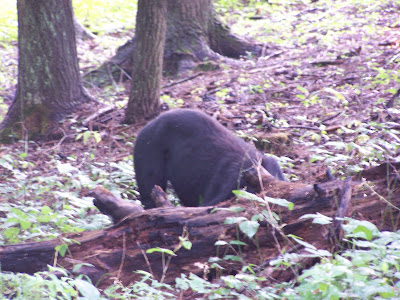 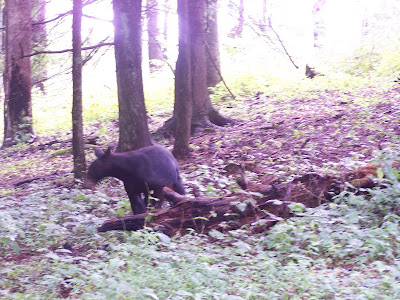 Take 'em somewhere where they can scare you to death rock scrambling, get wet, or see bears outside of a zoo! It's the Great Smoky Mountains National Park - our first time - and we love it!
Posted by Wa Wa Waughs at 5:45 AM 3 comments: 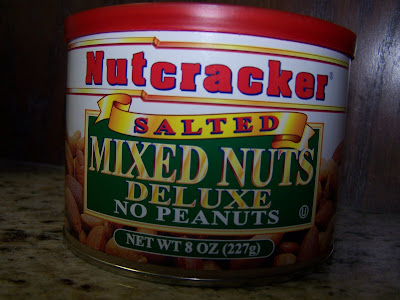 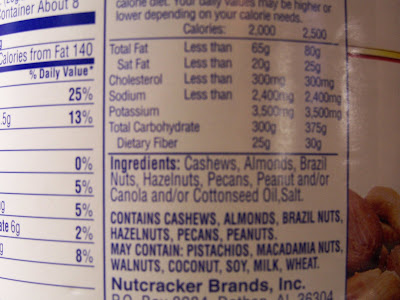 So every good Mom stocks up on healthy snacks, right? Well, check out this can of mixed nuts. It clearly says "NO PEANUTS" on the front of the can, but when you look at the ingredient list, what do you see? BUSTED!
Posted by Wa Wa Waughs at 5:08 AM 1 comment:

Well, it's the blog post you've all been waiting for...or haven't you heard? This summer has brought us our 26th year of marriage, several birthdays, and oh yeah, a trip to Juvenile Court with our middle child. I'm not posting this to get laughs - ALTHOUGH SOME PARTS OF IT ARE FUNNY- not to ask for sympathy, but just to be a reminder to you and your children, that sometimes GOOD KIDS DO DUMB THINGS. It's also to give you a picture of how the system works around here, in suburban Oklahoma. Because I had no idea, and I want you to know.

It all started back in the end of May, that crazy end of school year time. My son and some friends were having some harmless fun, or so we thought. (I have to add that these boys are active students at their school that get good grades) Actually we were told they were going to play volleyball and we expected them home by midnight to play XBOX all night long. My husband and I conked out around 11 p.m., just as the fun was starting for the boys. They went to the store to pick up a few cans of biscuits. Now I knew they had done something with biscuit dough before, but didn't know what. I figured it was stuck all over some hot girl's windshield. But they had been throwing biscuit dough at cars. They say it makes a cool smacking sound and it sticks really good. Anyway, besides the fact that you should NEVER THROW ANYTHING at a car, they picked the wrong person to throw it at - a college girl with friends. She must've turned around pretty quickly because she tracked them down and came up our street, just as the carload of biscuit throwers exited. After some heated discussion, the girl made several claims about what the biscuit dough had done to her car, and she called the police. The police arrived a little while later, and the boys met them outside our house. For some reason the policeman did not think the parents should be notified, even though all four boys were juveniles. (!) Our son asked him if he should wake his parents and he said, "No, I think we can handle this like adults." Yeah, right. We were not given the chance to see the girl's car, talk to her, or anything. Anyway, we didn't find out about it until the next morning, when all the boys left quietly - not even sticking around for the donuts we had bought them.
So in June we were notified that the girl was pressing charges against all four boys for vandalism. Unfortunately for us, the policeman misfiled it for Traffic Court, so it had to be refiled for Juvenile Court. This put everything back another month. We received several documents in the mail, had to turn in about 10 pages of paperwork, pay $484 for the offense and court fees(our son is paying us back slowly), go to a mandatory counseling session, and finally, see the juvenile court judge. The judge was nice to us and called our son a "KNUCKLEHEAD" which, oddly enough, is the language my husband uses when our kids do something without thinking. The punishment consists of 20 hours of community service (we were told the minimum was 50 hours, so we were happily surprised!) which can be fulfilled by participating in Project Spirit, an all day challenge course. Dad will go with him to that, while I am required to attend 12 hours of Life Skills classes with him. Additionally, he will have an 8p.m. weekday/9p.m. weekend curfew until December, turn in report cards, and call in weekly to the court as they "track" his progress. Restitution will be determined in December, as the judge is not convinced that the biscuit dough did any real damage to the woman's car. I'll be glad when it's all over!!!
So many lessons have been learned and he will be paying for this for quite some time, although we are told it will not go on his permanent record if everything is fulfilled. The prayer that I have prayed and possibly you too, for your own children, has been answered. "Lord, let him get caught if he is doing wrong."
Posted by Wa Wa Waughs at 5:05 PM 13 comments:

QUITE POSSIBLY MY BEST (CVS) DAY EVER.... 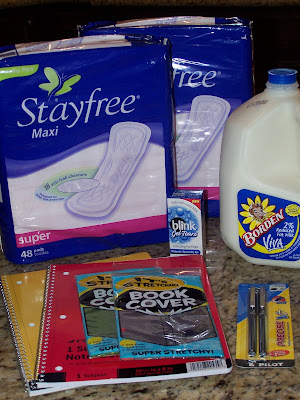 I never thought I'd be making a post with a picture of feminine products, but, it was just too good a day not to: I spent a total of $.90 on all this!!! For all you non-couponers out there, you might just decide it's time to give it a try. It does take a little time and organization, but it can be done. Today I used 3 different kind of coupons to make this purchase: a buy one, get one coupon from June newspaper inserts for Stayfree products, CVS Extra Care Bucks rolled over from previous purchases, and a $4 off $20 purchase coupon CVS emailed to me!
Posted by Wa Wa Waughs at 12:55 PM 2 comments: