Organic Squeeze...had to stop by and try it!  This guy used to be an intern with our youth group, so I wanted to check out his shop.  He and his brother have opened an organic juice bar here in OKC, and all due to their mother's healthy influence way back when...

We stopped by Saturday morning with our Starbucks in hand (yes, really- Starbucks is just two doors down) just to see if Mike was in and he was!  After all the niceties, we bought some beet juice and he gave me the sales pitch.  Everything, I mean everything in their store is organic.  So it's not cheap.  But you can feel good about your purchase and know that you are adding life to your body, not taking it away. 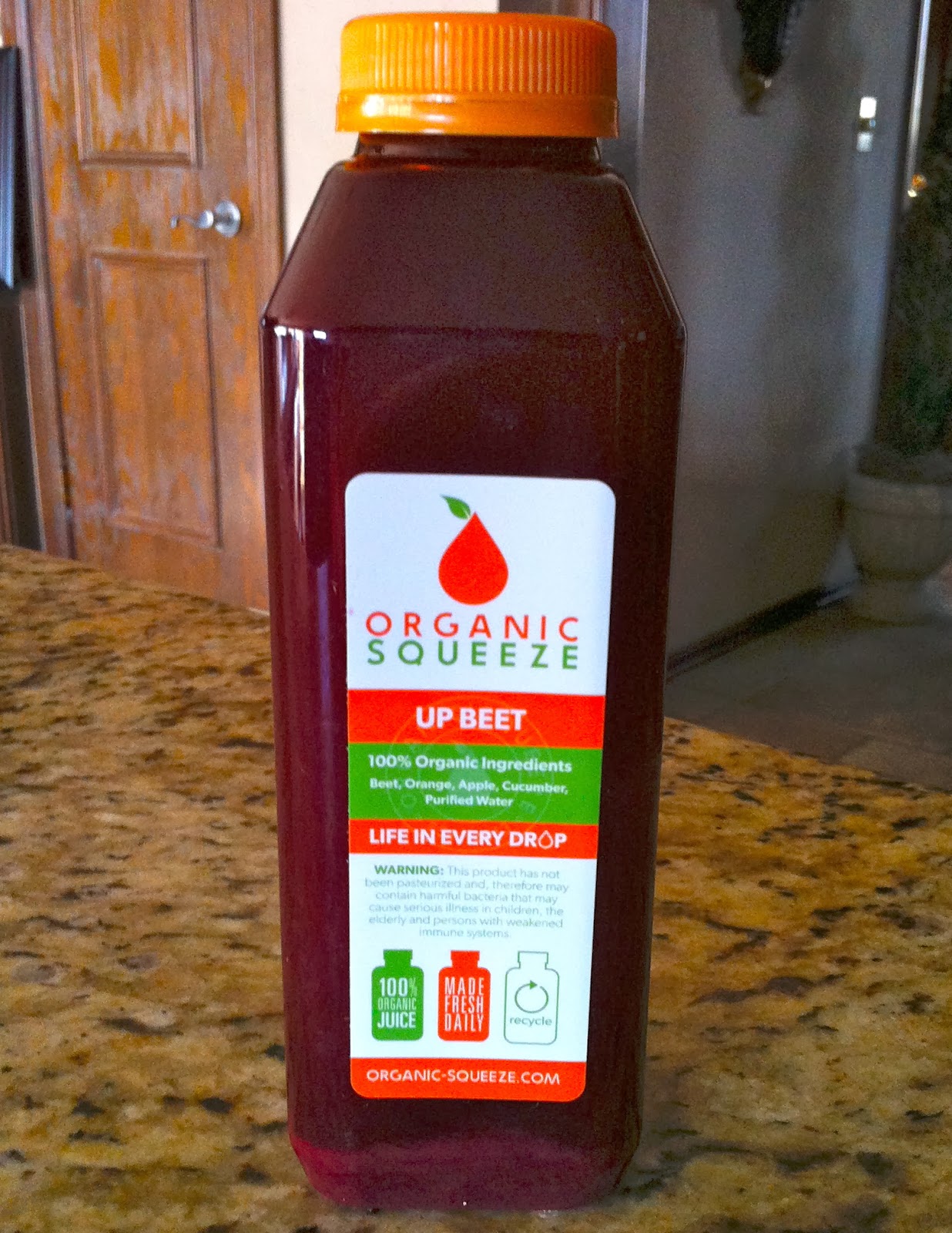 I had actually looked for beet juice a few years ago, when my daughter suggested it for red blood cell production.  Since we were headed to Colorado's thin air, she suggested that the more red blood cells I had, the better I would adjust to the altitude.  The only problem was that it was pretty scarce.  Even the juice shops we had around here, beet juice was a trace ingredient.  So we made our own with her juicer, and added some apple juice to make it more palatable.

I have not heard of this place! I will go check it out soon. Have you tried carrot juice? It's delicious.I haven't tried beet juice but I bet it's pretty good.