this past weekend and trying some new things!  Always good to keep you on your toes!

The International Bluegrass Festival in Guthrie has been going on a number of years, but we had never gone, nor did we think we'd ever want to...but our friends had gotten some tickets and asked us to go with them.  We were pleasantly surprised and had a great evening!  One of the groups, the Cleverly's, had just finished performing in Branson and had a very polished act.  Not only were they a great band, but great comedians as well!  We laughed a LOT.  Another act we really enjoyed was a young lady from Canada who played the fiddle and danced.  Impressive!  It was pretty funny when her shoe broke on the first song and she just duct taped it together and continued on with her act. 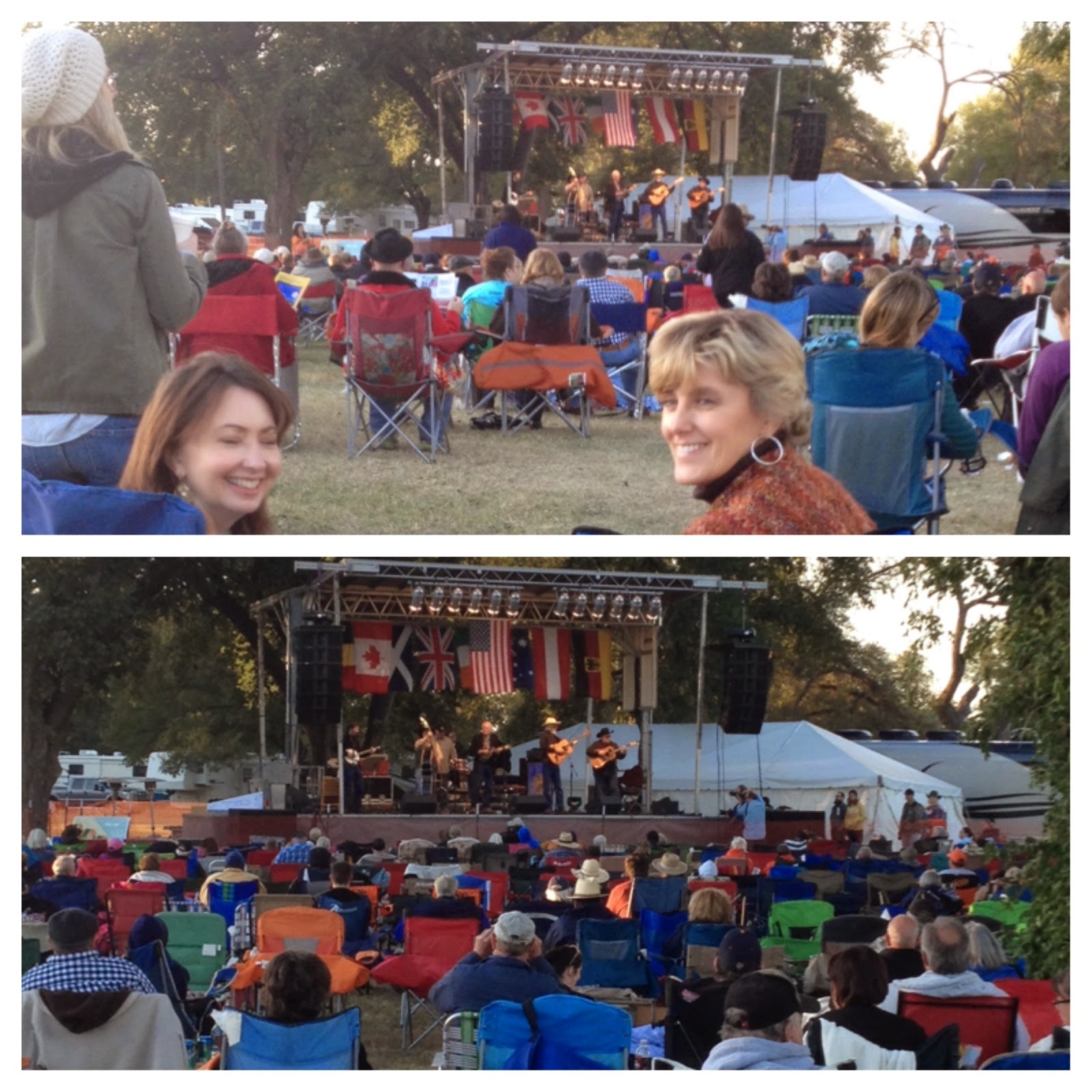 Also, I spoke at a Ladies' Day at the Weatherford church.  I didn't know a soul there so was a little nervous!  I shouldn't have been - met the coordinator of it as soon as I walked in the door and met many others who had connections to people I know in my home congregation.  They had a great day planned and I enjoyed being a part of it.