Our final stop was in Germany, in a small town that seemed right out of the Beauty and the Beast movie!  Our main reason for going here was the Euro-American  Family Retreat, which is a yearly event for missionaries in Europe.  That deserves its own post, when I can get around to it!

Rothenburg Ob Der Tauber is a small walled town that dates back to Roman times.  Ob Der Tauber means "on the river." It's important to know that because there is another city in Germany named Rothenburg!  The town has a rich history which we learned about on the Night Watchman Tour.  The reason it is so well preserved was that after being routed by various groups in the 1600s, the town was so small and poor it could not really rebuild.  So it remained as it was, untouched until 1873 when artists discovered Rothenburg's beauty and classic German architecture!  It was protected during the World Wars from destruction.  Today it is a tourist attraction, a quaint German town with bright colored houses and old churches, along with the Rathaus clock tower.  It's now known as a stop on the "Romantic road" and a great place to see an authentic German town, eat and shop.  There's also a bridge nearby that was filmed in "Chitty Chitty Bang Bang."

It's way off the beaten path, in fact, we had to take several small local trains to get there.  We stayed at a neat place with a lot of charm.  While there we walked on top of the wall, toured St. James Church, climbed the Rathaus clock tower, gawked at everything in the Kathe Wolfarte Christmas stores, toured the Medieval Crime Museum, ate schneeballen and took about million photos of the cute town.

Hard to keep it brief, but here's some favorite photos: 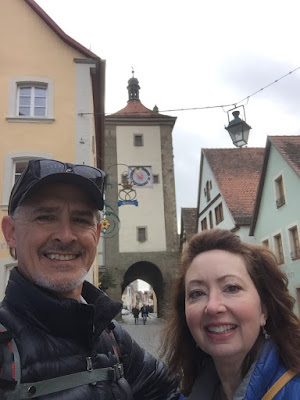 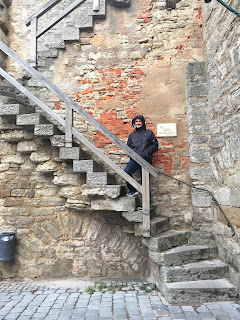 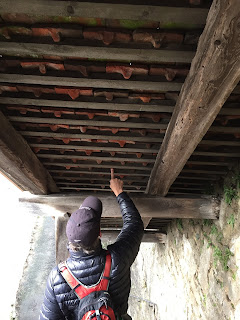 Steps up to the walkway on the wall - it is covered too, so nice to walk along. 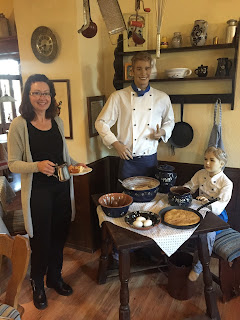 This was in our hotel dining room - kinda funny, kinda creepy! 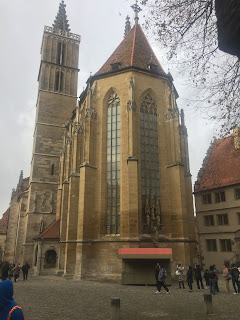 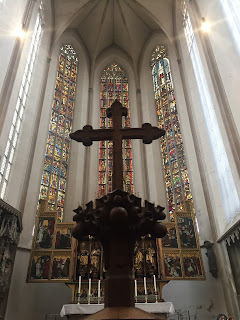 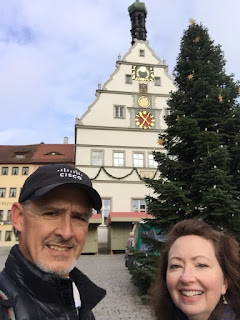 Town Square getting ready for Christmas! 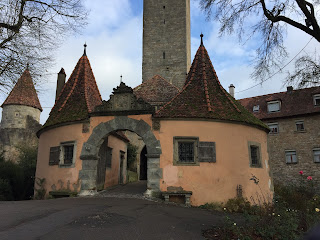 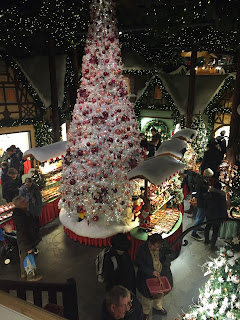 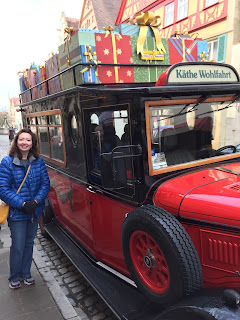 Inside and outside the Kathe Wohlfahrt Christmas stores - yes, there was more than one! There were all kinds of ornaments I had never seen before - got a neat one!  There were artists set up in several areas carving wood and painting ornaments.  It was like Disney-Christmas! 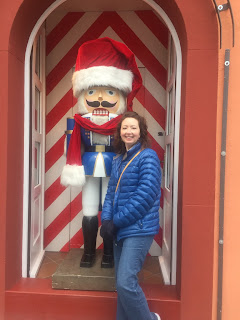 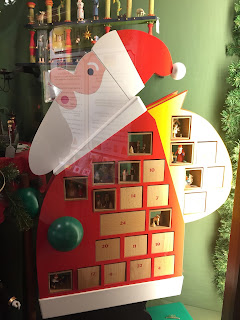 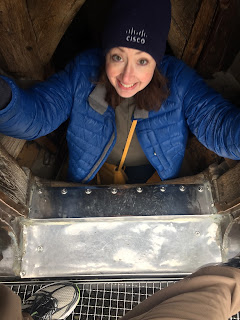 The Rathaus tower was only open for weekends so we lucked out!  It was a crazy climb - only 20 people are allowed up there at once because it's so small.  Here I am squeezing through the last climb to reach the top.  It was freezing cold and windy, but we got these great views of the town! 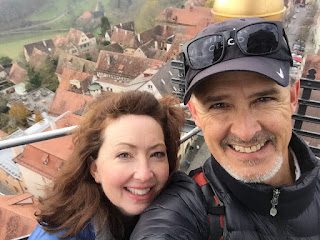 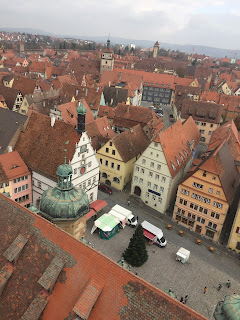 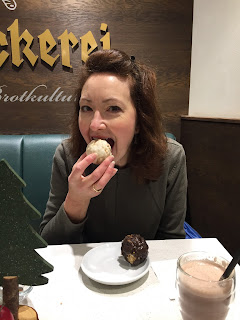 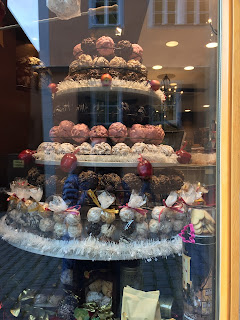 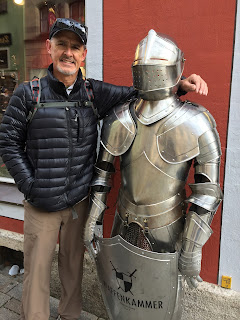 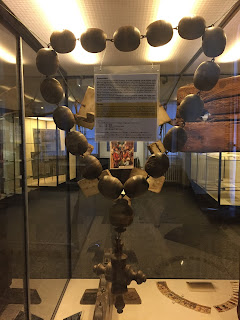 The Medieval Crime and Punishment Museum was surprisingly interesting.  This necklace was a punishment for those who fell asleep in church!  The sinner had to wear it outside the church building at the next church service!!!  It's large and heavy. 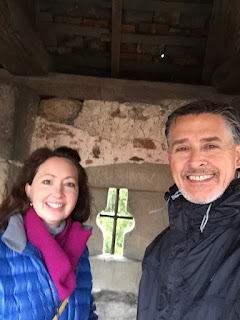 Last morning there - one more walk on the wall. 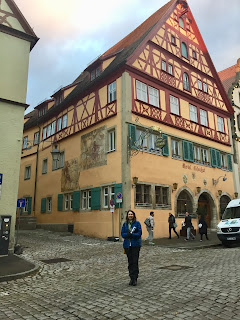 Every building - so cute!